World War I, the Paris Peace Process and the Untold Legacy for the International Prosecution of War Crimes

World War I, the Paris Peace Process and the untold legacy for the international prosecution of war crimes

The legacy of the Paris Peace process at the end of World War I is usually portrayed as one of unmitigated failure and indeed creating the conditions that ultimately led to the outbreak of the next war in Europe twenty years later. Despite calls for ‘justice’ from the outset of the war and a Commission being established to address war crimes and the responsibility for initiating the war as part of the process, formal justice gently petered out with some trials in a German court in Leipzig in 1921. However, the discussions in Paris in late 1918 and early 1919 played a significant role in creating the conditions that led to the establishment of the UNWCC in London in 1943, prosecutions for war crimes from Europe to the Far East as well as the tribunals in Nuremburg and Tokyo. Indeed, in considering what constituted a war crime in 1943, the UNWCC drew directly on those identified during the Paris process. Key to my ongoing research on the ways in which sexual violence became identified as a war crime is that this list produced in 1919 referred explicitly to the crimes of rape and enforced prostitution and indeed identified cases which might be suitable for investigation and prosecution.

In Britain, outrage at the violation of Belgian neutrality became intertwined with allegations of mistreatment of Belgian and French civilians including murder and rape. Given refutation of these allegations by the German authorities, the British government appointed a committee under Viscount Bryce to consider ‘outrages alleged to have been committed by German troops during this present War, cases of alleged maltreatment of civilians in the invaded territories, and breaches of the laws and established ways of war’. The Bryce Report which is also known as the Blue Book was based on evidence collected from refugee Belgian soldiers and civilians as well as diaries taken from dead German soldiers. The Report documented a range of atrocities including ‘murder, rape, arson and pillage’ which ‘began from the moment that the German army crossed the frontier’. Similar reports were produced by the French government and the Belgian government-in-exile.

Whilst not a member of the Bryce Committee, J H Morgan a legal scholar who was subsequently a member of the British military delegation during the Paris Peace process wrote to the Government from HQ British Expeditionary Force in France in March 1915 describing ‘honour outrages against women’ illustrating this with the case study of the town of Bailleul in northern France which had been occupied by German troops for 30 days in October 1914 and reporting some 30 cases of outrages against girls and young married women based on sworn statements and medical certificates. Morgan was subsequently involved in the work of another committee established under Lord Birkenhead in late 1918 which sought to identify evidence of war crimes having been committed by the Germans throughout the war. It is interesting to note that this committee primarily focused on crimes committed against British citizens and in particular the treatment of prisoners of war, unrestricted submarine warfare and armed raiders at sea and the indiscriminate bombing of towns and cities from the air. After four years of war which had nearly broken Britain it is perhaps unsurprising that the focus for justice looked inward.

These activities in Britain were reflected across the continent and as a result the Preliminary Peace Conference which met in Paris in January 1918 established a Commission to examine the ‘Responsibility of the Authors of War and the Enforcement of Penalties’. In addition to effectively attributing blame as to who started the war, this Commission was also to examine ‘the facts as to the breaches of the customs of war committed by the forces of the German Empire and their allies on land, on sea and in the air’. It was also to seek to identify individuals to be held responsible for these breaches and to consider what sort of tribunal would be appropriate.

Most of the attention to the work of the Commission has focused on the war guilt clauses in its final report. In particular the disagreements between some of the nations as to whether the Kaiser as a head of state should have some form of immunity. However, in Chapter II of its Report which focuses on Violations of the Laws and Customs of War, the Commission referred to a ‘outrages without regard…for the honour of individuals’ and in its list of charges includes rape and the abduction of girls and women for the purposes of enforced prostitution. In an Annex to the Report there is a table that lists the infractions linked to each of the crimes identified. In the case of rape these are identified as being committed by Germans in Belgium in 1914, Bulgars and Turks in Greece in 1916-18 and by Bulgars in Serbia between 1914 and 18. Enforced prostitution is specifically identified as having been committed by Bulgars and Turks in Greece throughout the war. It is this list that contributed to some of the early thinking of the UNWCC in 1943.

The Paris Peace process therefore has a more significant legacy than is perhaps usually considered, at least as far as the intent to prosecute sexual violence in conflict as an international crime is concerned. In Britain there is a further legacy with J H Morgan writing to His Majesty’s Government at the beginning of the war to remind them of the important legacy of the efforts that culminated in Paris. 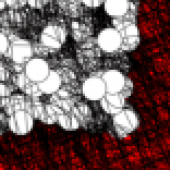